Brighton and London, just an hour apart via train, have vastly different night-life and music scenes – but both are poppin’ just about every night in the summer. 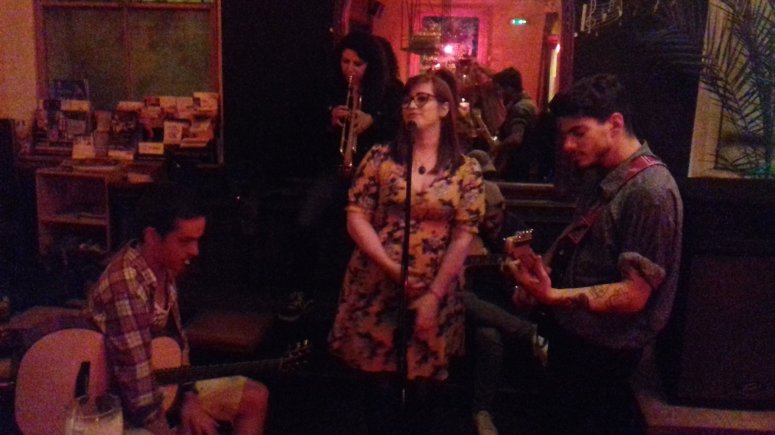 My first three weeks in Brighton have followed a quickly-established pattern: work on the jazz archive during the day, play at open mics during the week, and take weeknights to recuperate or check out a different city. As gay capitol of the UK and with Pride fast approaching, you can feel the bubbling energy in a club, even on weeknights when its a little more subdued. The first open mic I went to was maybe three days after I arrived in Brighton (I was still coming off the jetlag, exacerbated by the no-sleep of finals week). I showed up to the Dorset Bar & Kitchen on North Road, which has its open mic on Monday nights, and immediately met Matt Ellison, a singer-songwriter who picks up pop like its nothing. Since then I’ve been playing with him and other local musicians, most of them ex-pats living in Brighton for school or for work, at other bars in the area – The Revolution on Tuesdays, Pitcher & Piano on Wednesdays, and Casablanca on Thursdays (though I keep having trouble getting to that last one). We played our first paid gig together at The Revolution last Wednesday, and have another one coming up next Thursday at The Richmond, which I’ve already posted about. The vibe in Brighton is very loose, open and friendly; likewise, the musicians I’ve met are fun, open to playing new songs with new people, and are considerably talented. The audience is unpredictable – tourists coming from over, always in some state of inebriation, and totally enjoying their holiday. 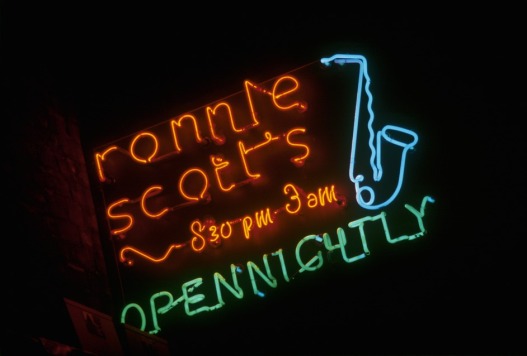 The same is true up in London, but everything is bigger, louder, and more colourful. I caught Ambrose Akinmusire, a phenomenal Oakland-based jazz trumpeter, and the Ashley Henry Trio over at Ronnie Scott’s in Soho; the whole area was packed with revellers at the clubs, bars, and restaurants that dominate the former base of London’s sex industry. Chinatown, famous recording studios, film locations – the area’s captivating. You’ve gotta be extra careful crossing the road there, it’s so easy to get distracted.

Ambrose was amazing – that was a given, he’s performed with Esperanza Spalding and featured on Kendrick Lamar’s To Pimp a Butterfly (and he’s from the Bay Area 😉 ). But I was surprised by the Ashley Henry Trio – hadn’t heard of them before, but the compositions were so fresh and just… good. I couldn’t tear my ears away. The piano player and composer, Ashley Henry, reminded me a lot of Hiromi’s style and work, but I’ve also been listening to a ton of Hiromi lately and may be biased.

Lastly – Ronnie Scott’s touts their Espresso Martini’s as their specialty. Can confirm it’s the best I’ve ever had, cheers.